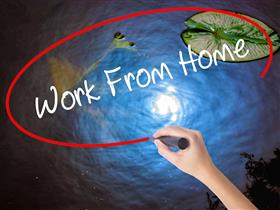 London, UK, March 17, 2021 -- The boss of outsourcing provider Capita said call centres operated by the business will no longer need to be based in a single location and expects more to be run by staff working from home.

Jon Lewis, Capita’s chief executive, added that the company is moving towards a hybrid work model, with internal surveys revealing 72% of his staff would prefer to work up to three days a week from home.

As a result of the trend, Capita has now told 35,000 out of 55,000 employees they will now be able to work from home most of the time if they wish.

The chief, which runs several call centres for the Government and local authorities, told the PA news agency: "Call centres are to some extent, a historic capability today. There’s no reason why you need to put 2,000 people in a warehouse in the UK. Those people can work from home.

"It isn’t dead, but there’s certainly going to be a lot less of them.

"There may be some financial services activities where, for reasons of security, people have to be in a secure environment but for many of the things we do they don’t have to be in such facility."

He added that companies forcing staff back to offices could "have a significantly less attractive employee value proposition if they do that".

The boss explained: "Young people are inclined to want to work in an office environment because the work environment is a big part of their social life, but if you look at the whole demographic of the workforce in the UK, offering people that flexibility is going to be a very positive element of an overall employee value proposition."

As a result of the flexible working, Capita has offloaded 11% of office space in the last year and expects to see it down by 25% this year – including major cuts in London, where rents are highest.

The comments come as Mr Lewis revealed an overhaul of Capita’s business structure, slimming down from six divisions to just two.

Around 30 non-core businesses are set to be sold.

Today's Tip of the Day - Best Agent For The Job