News : Call Centre in Sydney Flourishes After Collapse a Year Ago 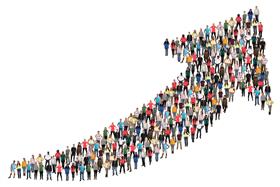 The former Servicom centre closed Dec. 6, throwing more than 600 people out of work.

Since reopening under the new moniker Sydney Call Centre in January, Marlowe said the location has generated the largest profits of any of his nine North American centres.

Marlowe attributes the numbers to the centre's staff.

"Sydney, the Sydney Call Centre, the team there, is nothing short of amazing. They continue to impress clients, and that helps retain clients, and it helps grow business," he said.

The call centre held a job fair in October to help increase staffing numbers. According to Marlowe, the Sydney Call Centre has also landed a number of new contracts.

Despite the former owner's financial woes, Sydney's call centre was one of its more profitable centres.

"It was an easy decision, a no-brainer as they say, lighting that call centre back up," said Marlowe, calling the purchase a "win-win-win."

When asked whether a change in the rate of the Canadian dollar versus the American dollar could impact the profitability of the centre, Marlowe said he didn't see it as an issue.

"If it went to parity, it would be fine."

That sunny outlook is in sharp contrast to what employees faced a year ago.

At the time, some employees were late getting their pay, they were unsure if the sale of the call centre would go through, and some feared their employment insurance wouldn't come in time for Christmas.

"When we found out it was closing, it was devastation," said Cathy Harris, program manager for On Star at the Sydney Call Centre.

Harris lauded the efforts of the many organizations and individuals, who helped employees get through the holidays, including the Salvation Army, Cape Breton University and local Legion branches.

Todd Riley, vice-president of operations at the Sydney Call Centre, said staff have been fundraising to give back to those organizations.

"We have some work to do," said Riley. "We want to become much more community-involved."

That's a sentiment Marlowe shares. He also praised the provincial and federal government for their response.

"The community response … was nothing short of amazing," said Marlowe. "It really helped enable us to step in, and step in quickly."