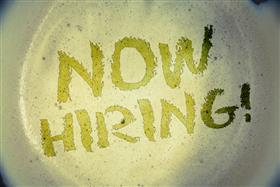 Derby, UK, June, 2018 -- A call centre on Pride Park has announced plans to recruit an extra 300 members of staff.

Firstsource Solutions has 628 employees at its building in Riverside Road but plans to grow this to almost 1,000 by October.

It follows a move by Derby and Kolkata – the capital of India’s West Bengal state – to work as a "united partnership". The Indian city is where Firstsource’s parent company is based.

A "memorandum of understanding", detailing a commitment to work together was signed earlier this year by Derby City Council and a delegation from Kolkata.

As a first step, both sides agreed to identify ten local businesses to explore investment opportunities – and Firstsource is among them.

The company told Derbyshire Live it is looking to recruit over 1,000 new staff across its UK sites this year, including "immediate" plans for 300 in Derby.

"Our current recruitment plan takes us to October 2018," a spokesman said.

"At this stage we don’t plan to take up additional space but we may revisit this depending on future growth plans."

He said: "Firstsource is the proud employer of thousands of people in both the UK and India and we look forward to working with Derby City Council to further strengthen business ties between the two nations.

"We have been incredibly impressed with the commitment and talent of the team in Derby who have worked hard over the past year to create a very successful business in the city.

"As a result, we are excited to announce that we intend to recruit hundreds of new roles in the coming months, as part of our ongoing commitment as an employer in the city of Derby."

Firstsource came to Derby in February 2017 after securing a 10-year deal with media provider Sky to handle its customer service and operations.

The contract had previously been handled by Webhelp at the call centre, in Riverside Road. It resulted in the majority of Webhelp staff transferring to Firstsource, which took over much of the Pride Park building.

In February this year, staff took time out to celebrate the first anniversary of Firstsource being in Derby.

Speaking at the time, Adam Gould, head of operations at Firstsource, hinted that exciting times lay ahead.

He said: "We opened our doors in Derby expecting big things – but we couldn’t have anticipated the success we’ve had in this centre in one year alone.

"The dedicated Derby team have been instrumental in taking our business from strength to strength – and we’re looking forward to seeing what we will achieve in year two."

As well as Derby, Firstsource has sites in Belfast, Cardiff, Derry-Londonderry, London, Middlesbrough and Warrington.

Details on how to apply for a job at Firstsource can be found online.