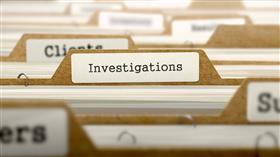 Gurugram, India, May, 2019 -- A day after a fake call centre in Gurugram that used to dupe foreign nationals, especially US residents, by faking online technical support, was busted, Gurugram police has declared it will contact the foreign victims of the fake call centre, to track details of the scam, from the amounts they lost to the modus operandi of the accused.

Although the force has busted several fake call centres in the past, this is the first time they plan to contact the foreign victims.

Police found a large database of personal details of foreign nationals, mainly Americans — including names, addresses, mobile numbers, email IDs, credit/debit card details like CVV numbers and expiry dates — as well as a record of money stolen from them.

All employees of the fake centre, as well as the owners, maintained fake foreign sounding aliases to interact with their targets. That includes Dwarka-resident Ajay Mishra (alias: Simi), Amrish Chaudhary (alias: Roger) of Ashok Vihar in Gurugram, Mirjisan (alias: Justin) of Mahipalpur and Ankit Saxena (alias: John), also of Dwarka. On Monday, partners Ajay and Amrish were sent to one-day police remand, while Mirjisan and Ankit were sent to judicial custody.

All four accused are graduates and IT experts, who had worked with different call centres for around five years each before starting their fake business. They had leased a house in Udyog Vihar Phase 3 for the call centre with a third partner — Vinit Sharma — with each owning a third share in the company. Vinit is still on the run.

The accused had been sub-contracted by a US-based company to run their operation. The US firm would advertise its toll free number in the US for tech support related to MS Window and Office, printers and other computer related problems. The calls would be diverted to this Gurugram centre, whose employees would resolve the issue and charge a fee. The customer would deposit the fee in a bank account of the US firm, who would keep 25% of the profits and forward the remaining 75% to the Gurugram-based fake call centre.

Police said employees of the fake centre were given training to receive calls and interact with foreign nationals in their native accent. "They were directed to used aliases and never share their real identities," said a senior police officer. "They used to take remote access of the customer’s computer and steal personal and financial data from it," said the officer.

Police said initial probe has revealed some interesting facts, after which they are now trying to get details of the link between the fake call centre and their US-based parent company, amount of money transferred by the US firm to the Gurugram firm’s account, the number of people duped, etc.