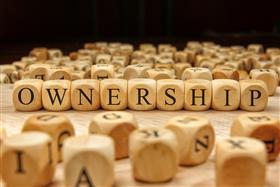 Sydney NS, Canada, Jan, 2019 -- A call centre shut down by creditors just weeks before Christmas came back to life, but this time under new ownership and it has rehired many of the former call centre employees who lost their jobs.

It was a bleak holiday period for the people who were forced off the job Dec. 6 by ServiCom’s former U.S. owner JNET Communications of New Jersey, some seven weeks after seeking bankruptcy protection.

When operations at the Sydney call centre were halted, there wasn’t much hope that the more than 500 jobs affected could be saved.

But after a bidding process arranged by a U.S. bankruptcy court, little known Iowa-based Marlowe Companies Inc. won the right to acquire the Sydney operation. CEO Anthony Marlowe quickly tried to calm the fears of workers, promising jobs for most of the workers.

"The tenacity, enthusiasm and loyalty of the team and community is truly unique — Cape Breton is an extraordinary place with extremely special people," Marlowe said, adding that he ranks the purchase of the former ServiCom centre as one of the most meaningful things he has done in his business life.

"We are thrilled to be getting the call centre back into production as quickly as possible for our future employees and new clients, and we look forward to working together and being part of the community for years to come."

It has been reported that Marlowe is hopeful that 500 people will be working at what is called Sydney Call Centre Inc. by the end of the month.

The 275 workers who returned to their jobs at 9:30 a.m. Wednesday immediately started work on the OnStar and AT&T client programs. A third client program is set to begin on Jan. 7, and the fourth client is scheduled to come online on Jan. 14.

A total of 465 employees have been hired back so far.

Todd Riley, the former manager of the Sydney operation for ServiCom is now the new Canadian vice-president for the new owner MCI. He said Wednesday that some of the employees were so excited to get back to work that they showed up an hour early.

"It was fantastic — there were a lot of hugs, a lot of people saying, ‘Thank you’ and ‘I’m so happy to be back.,’" Riley said of the mood in the big, open office space.

"It’s definitely brighter days ahead for everybody in this call centre and I really think people rallied and stuck by each other."

If hired over the next month, workers with call centre experience from the last 90 days will receive a $300 starting bonus, along with the base pay and vacation levels from their previous employer and improved benefits.

The starting wage for newly hired workers will increase to $12 per hour from $11 per hour.

All work programs will restart by Jan. 14, and the company is still accepting applications. Riley’s hoping to return to employment levels that reached about 650 last spring by March or April.

"We had a real good response from people who wanted to come back, so the second piece of this now is working to get all those guys back on payroll ASAP," Riley said.

"We will be looking at options for potentially more sites in the Canadian demographic, so there’s a lot of things that are going to happen," he said.

Most of the workers were owed about four weeks in back pay, a liability that Marlowe’s company said rests with ServiCom.

MCI Canada will establish daily bonus programs to complement the weekly bonuses and employees will be offered more schedule and shift options.

Marlowe, who received a rock star welcome when he was introduced to the former employees last week in Sydney, said plans are also underway to bring in new client programs sometime in the first quarter of 2019.

While Riley will be working to bring new business, including Canadian clients, to the Sydney call centre, Shauna Graham is the new call centre director.

The biggest Mobile communication company of Iran with about 60 Million clients.