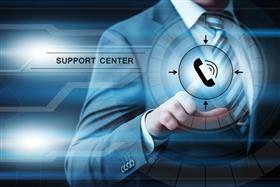 Katihar, India, May, 2021 -- The call centre-cum-counselling kendra, which was established earlier and lying dormant after the slowing down of the first wave of Coronavirus pandemic, has been revived after the reverse migration of Bihari workers due to surge in cases during the second wave.

The centre has been receiving calls from jobless people living in the district. The centre is yet to address the grievances of migrant workers returning to the district from other parts of the country.

Peter Miz, labour officer of Katihar Sadar, said, "We have received 2-3 calls in this regard. But, all were local residents. One person, who was a mason, contacted us for a job. But, no migrant worker has contacted us to date."

Manoj Kumar Das, labour officer of Mansahi block in the district, said a person had contacted them the previous year.

Niraj Kumar, labour officer, Barari, said two calls were logged and both came from Katihar. One person's name was Enayak Hussain and the other was Niranjan Kumar. Both were residents of Katihar and were look for a job.

Anshu Kumar, labour officer, Kursela, said two calls were received from Katihar residents. Their details were forwarded to the authorities concerned for further action. "The call centre was activated just 2-3 days ago and it will take some more time when migrant workers will start contacting us," he added.

Ashutosh Sunny, labour officer, Manihari, said, "Two unemployed persons from Katihar talked to us and we have forwarded their applications to the deputy employment officer for necessary action."