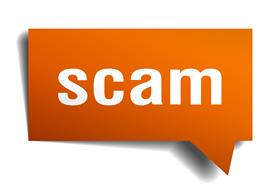 Bangkok, Thailand, May 4, 2018 -- A total of Bt1.16 million cash was returned to four victims of "call-centre" scams as part of the Royal Thai Police’s 14th cash-returning event on Friday.

National police advisor Pol General Thanitsak Thirasawat presented the Bt1,166,617.99 to the unnamed four victims at the national police headquarters in Bangkok. He presented on behalf of the RTP centre for protecting people against crimes committed via phones and electronic media.

The returned money was a portion of what the four victims had been duped into wiring to scammers – Bt3.5 million.

Thanitsak noted that from December 8 until today, the centre had handled 421 cases, representing Bt209 million in damages to victims duped by call centre scammers posing as authorities and making bogus claims that led the victims to wire money to gangs.

Police had already concluded about half of the cases while the remaining 62 cases in Bangkok and 156 cases in the provinces are expected to be concluded by the end of May, he said. Out of 547 arrest warrants issued, police had apprehended 375 wanted suspects, he added.

Pol Maj-General Surachet Hakpal, deputy commissioner of the Tourism Police Bureau, said the call-centre" scams could be regarded as having been eradicated from Thailand.

Police forces would remain vigilant and crack down on future criminals that emerge, he said. Those falling victim to such crimes can call the centre’s hotline 1155 or the Anti-Money Laundering Office’s operation centre hotline 1710, Surachet said.

The Royal Thai Police are the national police of Thailand.