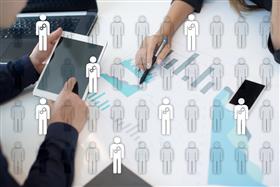 Londonderry, Northern Ireland, May 10, 2017 -- Call centre provider Firstsource is recruiting new staff to work for Sky at its Londonderry base just weeks after announcing a host of jobs were going at its operations in Belfast, it can be revealed.

At the end of March it emerged the firm was to cut 90 jobs in Belfast - posts which it is believed are related to its deal with Sky.

But the company is now recruiting staff to work on the Sky contract at Springtown Business Park in Derry.

A spokeswoman for Firstsource told the Belfast Telegraph: "Recruitment for Sky in Derry is ongoing, based on contractual requirements and the work carried out there is different to that in Belfast.

"Any roles in Derry wouldn't replace Belfast roles - the location is completely separate, similar to the Cardiff site."

The customer service positions, which pay around £15,600 a year aside from "bonuses and incentives", are currently being advertised.

In February Firstsource said it had reached a new 10-year customer service deal with the satellite broadcastter.

Responding to the job cuts in March, the company said: "Firstsource is fully committed to the Northern Ireland marketplace and is continuing to invest in the region.

"As part of our long-standing relationship with Sky, we have been working with them to maximise the customer experience we provide through our service operation in Belfast.

"As a result, we are reducing the scale of operations in our Oyster House centre and this will likely impact around 90 employees."

The company said it would try to "redeploy" affected staff to other centres.

The bulk of the firm's local workforce is based in Derry, with around 950 staff, while there are around 400 staff in Belfast.

"We are actively exploring opportunities to redeploy affected employees across our other Northern Ireland centres, and are working to provide confirmation to those impacted as quickly as possible," the company said.

"We are committed to treating every employee with respect and are liaising closely with all affected employees to provide support and reassurance during this process. Our other operations in Northern Ireland are unaffected by this announcement."