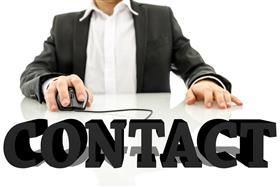 Dhaka, Bangladesh, June 18, 2018 -- The Power Division is going to set up a single-digit call centre by the next year so that consumers from across the country can lodge their complaints about the electricity services.

State Minister for Power and Energy Nasrul Hamid disclosed this participating in the general discussion on the national budget for the 2018-19 fiscal year in Parliament.

"I want to give the electricity customers a piece of good news that we’re going to install a single-digit call centre. We’ll work on it very soon so that the consumers from any part of the country can lodge their various complaints by the next year and it’ll be easy for us to sort out those," he said.

Mentioning that power is the main driving force for reducing poverty and booting the socio-economic development, the state minister said the government has already worked out a master plan to produce 60,000 MW of electricity by 2041 for ensuring uninterrupted power for all.

He said they have also taken a plan to turn the Power Division into a paperless entity within the next four years through digitisation.

"As we’ve taken a plan to produce 60,000 MW of electricity, digitisation is crucial for us. So, we’re going to adopt an enterprise software application instead of e-filing one to make the Power Division the country’s first paperless office," he observed.

Describing government’s various steps taken to increase the power generation, Nasrul Hamid said now there are nearly 2.93 crore customers in the country which was around 1.8 crore in 2009.

He said the system loss in the power sector came down to 12 percent over the last 8-9 years from 16.85 percent with the effective monitoring.

The junior minister said they have a target to bring it down to 10 percent by the next three years.

He once again claimed that currently, there is no load-shedding in Bangladesh as the country is producing huge electricity to meet the growing demand.

Nasrul Hamid, however, admitted that customers are facing power outages due to transmission problem and natural causes like storm. "We’ve still many problems in the power transmission and we’re working on it to improve the situation."

He thanked Finance Minister AMA Muhith for encouraging the renewable energy by reducing tax and VAT on its equipment.