News : Call Centre to Address Grievances of Pensioners in Telangana 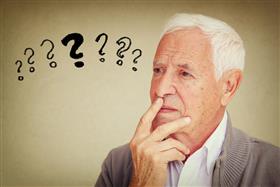 Hyderabad, India, Oct, 2019 -- The Panchayat Raj Department launched a website and a call centre with separate toll free numbers for every district in the State to facilitate suggestions and to address grievances of Aasara pensioners.

Launching the website and the call centre here, Dayakar Rao said the call centre service would commence in 10 districts immediately and would be expanded to the remaining districts shortly. He said the State government was distributing Aasara pensions to the tune of Rs 864 crore per month.

"Chief Minister K Chandrashekhar Rao wants to ensure that every eligible person is covered under the pensions scheme. The call centre is another step in this direction. As promised by the Chief Minister, the list of eligible beneficiaries with age limit of 57 years and above, will be announced soon," he added.

The Minister expressed displeasure over complaints that pension was not reaching beneficiaries in rural areas as per schedule and was confident that the call centre services would help the authorities plug loopholes. Action would be initiated against the officials in case they do not address grievances received through the call centre or the website within two-three days.