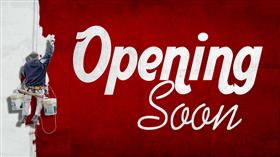 Karachi, Pakistan, Nov 27, 2022 -- A full-fledged call centre will soon be launched at the Sindh Governor House to instantly register complaints of residents of Karachi concerning the availability of civic, utility and amenity services in the city.

"It will be the first time that such a facility will become operational at the Governor House," said Sindh Governor, Kamran Khan Tessori, while talking to journalists.

Tessori belonging to Muttahida Quami Movement became the Sindh Governor last month. The call centre service is one of his initiatives to improve the working of the office of Governor.

He said that the "1366" contact number had already been allotted to the call centre and the four operators had started performing their duties to attend to the calls by the citizens.

The facility having the name ‘Public grievances redressal cell’ will become fully operational in the next few days. The cell will also have the facility to receive complaints from the public through digital means.

The Governor said that once fully operational up to 12 operators would attend the telephone calls from the public.

"Although the trial operation of the complaint cell has begun we haven’t yet advertised or have done any publicity about this facility because we want that people become aware of the facility only after it is fully operational," he said.

Tessori said he didn’t want that the new facility would be like other government complaint cells where either calls from the citizens wasn’t received or else the phone line was found busy due to a large number of callers.

He said that four senior officials of Grade 19 and other officers would remain present at the new cell to supervise the process of registration and processing of the complaints received from the public.

"I have thought about this initiative because people in this city have become very upset due to a large number of issues and they want a speedy registration and resolution of their complaints at influential places like Governor House," he said.

Tessori said that in addition to this initiative he had been regularly visiting marketplaces in Karachi frequented by people from low and middle-income groups to directly interact with them and learn about their problems.