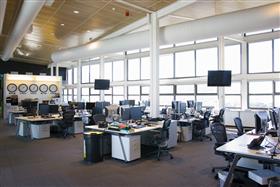 Bengalaru, India, Aug, 2019 -- After a one-and-a-half-year delay, the transport department is finally getting ready to bring an in-bound call centre. The last date to call for bids is August 13. A meeting was held with a few bidders and a five-member committee was formed to select from them.

The call centre consists of an inbound call centre support, a project manager, infrastructure charges and centralised voice recording. The centre will work from 9 am to 6pm from Monday to Saturday. It will also handle complaints received from various social media platforms, including Twitter, Facebook and WhatsApp.

The call centre will also record details such as name, location, type of complaint and enquiry of services. The software and equipment will be provided by the bidder. "The delay in creating the centre in December 2017 happened because no bidders had come forward. But this time, we had a few entries and the centre should come into place any time soon," said Shivraj Patil, Additional Commissioner for Transport (e-governance) and a member of the committee.

"The call centre should come in at the earliest to deal with the citizens’ grievances. It will be easy to manage since right now we do not have a platform to manage alone complaints and enquiries," Narendra Holkar, Additional Commissioner of Transport and Secretary, told City Express.