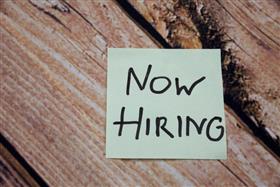 Winnipeg, Manitoba, Canada, Jan, 2018 -- A Winnipeg-based call centre has leased 55,000 square feet of space in the former Target store on St. James Street and will fill it with 500 new positions.

24-7 Intouch, is moving into the eastern end of the building that will soon house a combined Winners/HomeSense store.

It will be the 15th facility for the international call centre operation, and its fourth location in Winnipeg. The company, owned by brothers Greg and Jeff Fettes, also has call centres on Waverley Street and Taylor Avenue, along with its global headquarters downtown.

"Winnipeg is our home, and we are very excited to be a part of the growing business community at Polo Park," said CEO Greg Fettes, in a prepared statement.

The addition of a call centre and its 500 employees will mean added foot traffic in the area. Peter Havens, general manager of CF Polo Park shopping centre, said, "It’s like adding a whole floor of people in an office tower."

"Mixed-use space is quite complimentary for retail," Havens said. "It drives the need for restaurants and other services in the area that support that."

Justin Zarnowski, an official with Shindico Realty, the leasing agent for the building, said it will allow them to focus attention on further development of the eight-acre Plaza at Polo Park site.

"We’re very excited about this," said Zarnowski. "We have always envisioned the site to have a mixture of uses. That is where the world is going for retail. This is a big employment story as much as anything. There are now 500 customers for all our other retail users."

Construction has started on the call centre, which is scheduled to be completed by mid-2018. Earlier this month, a spokeswoman for the Canadian division of TJX Companies Inc., the company that owns the Winners, HomeSense and Marshalls chains, said they would make an announcement about its new store closer to its opening date.

24-7 Intouch is an award-winning Global Contact Center Outsourcer that delivers innovative and value-driven customer service solutions across all industries via an omnichannel approach that includes voice, social media management, live chat, email, fraud, UAT, self service, and back office administration. Using the most advanced technology in the industry, 24-7 Intouch’s customizable customer care method allows their clients to utilize business insights to deliver lifetime consumer loyalty and increase incremental revenue. With over 16 years of experience, the 24-7 Intouch team takes pride in creating a top to bottom brand alignment for clients to create the ideal customer experience.