News : Call for Consumer Helpline to Get Scots Out of Fuel Poverty 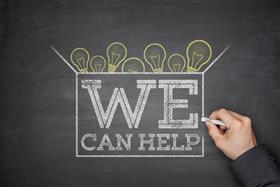 Edinburgh, Scotland, Oct 10, 2018 -- Ministers have been urged to support the setting up of an official consumer helpline to help take Scots out of fuel poverty.

The advice line is one of the recommendations in a Citizens Advice Scotland report that warns that over one in ten Scottish households are using electric heating - the most expensive form of domestic fuel – and three times as costly as gas.

It finds that those who rely on electric heat are almost twice as likely to be in fuel poverty compared to the population of Scotland as a whole.

The report found that many using electricity are on low incomes and unlikely to access the support that is available or to switch to cheaper fuel sources.

Official figures show that 26.5% of all Scots households are in fuel poverty, meaning that they spend more than 10% of household income on fuel.

But the report says the fuel poverty figure for electricity users, according to 2016 data, is 51%, while for gas users it is 23%.

Publishing the Hard Wired Problems report, CAS energy spokesman Craig Salter said that there is a perception that high costs are "unavoidable and inevitable" when using electric heating.

HeraldScotland: A worrying number of households are either in fuel poverty or at extreme risk of it if prices increase, says survey

His Hard Wired Problems report says consumers were receiving "mixed messages" about electric heating from different organisations such as energy suppliers, installers of energy efficiency measures, governments, the regulator and support agencies "adding to the confusion".

There were "misconceptions" over the benefits of switching and a "lack of information" on all electricity-only tariffs.

The analysis, assisted by research undertaken by Energy Action Scotland and Glasgow Caledonian University, suggests as one of its recommendations, that the Scottish Government should support the set up of a helpline to provide impartial advice dealing with issues relating to electric heating, including its operation, metering, tariffs, and how to access financial support.

This would form part of an expanded "bespoke service" aimed at providing expert advice.

It also said there was a "clear need" for more consistent messaging "across organisations" about electric heating.

Mr Salter said: "Electric heating is by far the most costly heating type in Scotland, yet many of the people who use it are those least able to afford it. So they are paying over the odds to heat their home.

"People are in this situation for a variety of reasons. In some cases electricity is the only source available, as gas supply pipes don’t reach their home. In other cases they are renting their home so have to accept whatever system the landlord has installed.

"The good news is that there are some excellent support services out there, but they are not reaching everyone who needs them. So we need to make sure that electricity users know they can access specialist support that is tailored to their needs."

A Scottish Government spokesman said: "Over the lifetime of this parliament we are investing over half a billion pounds to tackle energy efficiency and fuel poverty, and we are taking forward landmark legislation to eradicate fuel poverty for good. We want to see a Scotland where everyone lives in a warm, energy efficient home, and has access to affordable, low carbon energy.

"Our Draft Fuel Poverty Strategy sets out how we will drive progress towards meeting the ambitious targets in the Fuel Poverty Bill we introduced to Parliament this year. This legislation, our long term Strategy and our Energy Efficient Scotland Programme will place Scotland among the best in the world in terms of tackling fuel poverty and reducing carbon emissions from our buildings."

* MSPs have called on the public to air their views on planned legislation to set a new legal target to reduce fuel poverty.

The Fuel Poverty (Target, Definition and Strategy) (Scotland) Bill sets a target to have no more than 5% of households living in fuel poverty by 2040.

A previous target set by the Scottish Executive in 2002 to eradicate fuel poverty by 2016 was missed.

The planned legislation sets out a new definition which calculates the proportion of household income needed for acceptable heating and assesses the extent to which households can then maintain an "acceptable standard of living" once housing and fuel costs are deducted.

Applying the new definition to 2016 data, the rate currently stands at 24%.

Holyrood’s Local Government and Communities Committee is seeking views from the public on the planned legislation, including if people agree with the new target and the revised definition and if lessons have been learned from previous initiatives.