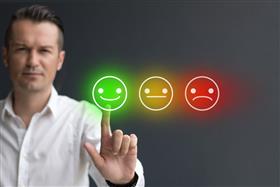 Mumbai, India, Sept, 2017 -- In an attempt to help people suffering from loneliness and anxiety, the makers of forthcoming film "Call For Fun" will be coming out with a call centre with which they wish to eliminate people’s problems in a fun way.

"Call For Fun", which promises to show how "love gets phonier and funnier", talks about how the young generation spends more time online rather than have real life conversations.

Produced by Filmquest, "Call For Fun" is scripted, directed and co-produced by theatre veteran Janak Toprani. It will launch nine newcomers including a villain this year. Taking inspiration from his film, Toprani will be launching the call centre named "Call For Fun" soon.

The 24×7 chat line is already up on a trial basis. The number is 09082008696 which can be accessed from anywhere in India. The caller hosts are called "Naughty Nina" and "Rocking Raja", read a statement.

The purpose, as the makers, say is to help " victims suffering from loneliness and anxiety along with fun and communication". "Teenagers today are undergoing an internal struggle when it comes to acceptance, acknowledgment and attention. A virtual game like Blue Whale Challenge just helps users set aside the sorrows of their mundane lives and boost self esteem," Toprani said. "Hence, we collectively thought why not find a solution that can help teenagers get that adrenaline rush in a safe manner," he added.

Hardik Patel, its co-producer, believes that the call centre will be a "great forum where one can let go of inhibitions and engage in a freewheeling chat with a complete stranger".

"If consumers today don’t shy away from dating apps, I don’t see why this service will be considered as a taboo. It’s a harmless candid conversation that allows you to be yourself without being judged. This number is to seek solace in an anonymous friend as at the end of the day all we need is someone to talk to," Patel added.