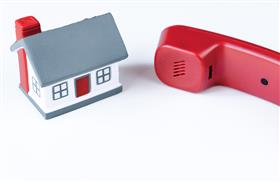 Edinburgh, Scotland, Nov 9, 2020 -- Parent campaigners are calling for Nicola Sturgeon to consider the impact on children's well-being when deciding which parts of society should be shut down to reduce the spread of Covid-19 as guidance is updated later this week.

The call comes as a new report from the NSPCC charity shows a link between school closures and deteriorating mental health among the country’s pupils.

The report, published today, reveals almost 2,500 youngsters in Scotland have called Childline to seek help about mental and emotional health issues, including loneliness and low self-esteem, since coronavirus restrictions were first introduced.

Many of the children who called the helpline reported feeling isolated, anxious and insecure after being cut off from important support networks.

Mental health remains the top reason young people get in touch with Childline, making up over a third of all counselling sessions delivered across the UK.

The volume of calls received in Scotland was highest while schools were shut in April, May and June, before dropping when classrooms reopened.

Parents have expressed concern over the report’s findings and insist schools should remain open even if tougher coronavirus controls are brought in.

"These alarming figures show a direct link between schools being closed and the worsening mental health of our children," said Jo Bisset, organiser for campaign group UsForThem Scotland.

"Revelations like this should be foremost in the First Minister’s mind when she makes changes this week.

"These statistics also show the decision to reopen schools in full – and keep them ope – was the right one.

"It’s essential that remains the case, even if tighter restrictions are implemented elsewhere."

Childline has delivered nearly 43,000 counselling sessions about mental and emotional health with children across the UK over the last seven months.

The number of UK contacts about body image, gender and sexuality also increased since lockdown measures were first introduced.

Since the end of March counselling sessions about eating and body image disorders increased by almost a third on the pre-lockdown average.

Similarly, calls about sexuality and gender identity increased by 16 per cent over the same period.

Counsellors have heard that some children developed unhealthy eating behaviours such as binge eating and bulimia nervosa for the first time, while those with existing disorders have experienced worsened symptoms or relapses.

The charity has launched a new campaign called Nobody is Normal, backed by an animated film and Radiohead soundtrack, aimed at supporting children.

Television presenter and Childline founder Dame Esther Rantzen said: "The pandemic has cut children off from the reassurance many of them need.

"When young people are facing mental health issues such as anxiety or depression or are struggling with eating disorders or self-harm, they often hide it from their parents and families.

"A lockdown intensifies stress in all our lives, and the Childline team know from past experience that it has made many children feel especially isolated." "The Nobody is Normal campaign encourages any children feeling unable to discuss their anxiety and distress to reach out to Childline for support."

A 24-hour helpline for children