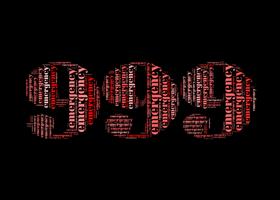 London, UK, Oct 31, 2016 -- Figures for the first eight months of this year show the number of aborted emergency calls to the ambulance service has risen by 90 per cent on the figure for the same months of last year.

The number of people calling 999 for an ambulance and then hanging up because call handlers were too busy to answer has nearly doubled in the past year.

So far this year there have been 68,731 abandoned calls to 999 for an ambulance, almost 300 every day. In some areas the situation is so bad that one in 25 calls rung out.

Critics blame a lack of funding for causing a staffing crisis in the ambulance service.

Eddie Corley, 78, dialled for an ambulance after his wife June, 77, fell down the stairs at their home in Bolton.

Mr Corley said: "I heard someone saying there was 'heavy demand'. Twenty or 30 seconds later I heard the same thing again - that's when I realised I was listening to a recording."

He managed to find a neighbour willing to drive them to Royal Bolton Hospital.

The statistics show the worst increase in abandoned 999 calls was at the South East Coast Ambulance Trust, which was put in "special measures" last month.

The statistics from NHS England showed that in July this year the trust was failing to pick up around one in every 25 of the 999 calls put through.

A spokeswoman for the South East Coast Ambulance Trust said: "We are committed to improving our current call handling performance."

The North West Ambulance Service NHS Trust is the second largest ambulance service in the country, providing 24 hour, 365 days a year accident and emergency services to those in need of emergency medical treatment and transport.