News : Calls to Domestic Abuse Helpline in England Up by 60% Over Past Year 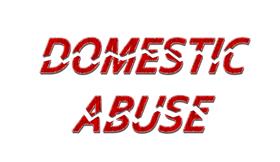 London, UK, March 23, 2021 -- The conditions of lockdown in England and increased awareness about domestic abuse led to a 61% surge in calls and contacts logged by the official domestic abuse helpline in the past year, the charity behind the service has revealed.

Refuge, which runs the 24-hour national domestic abuse helpline as well as online alternatives such as live chat, said the increase peaked in the summer, when compared to the average calls and contacts logged above the January to March 2020 period.

Reflecting on a year since the start of the country’s first national lockdown, Refuge revealed 72% of those the helpline team supported were women experiencing violence and abuse, and the most common age bracket was 30-39.
Advertisement

Across the whole of 2020, 81% described being controlled by their partner, 58% had been subjected to physical abuse, 24% were being stalked or harassed and 40% were subjected to economic abuse.

The helpline team received calls from women who were being terrorised in their own homes, women who were afraid to seek treatment for their injuries in case they overburdened hospital staff, women whose court cases had been delayed, women making plans to flee the home and women with no home to go to.

Lisa King, Refuge director of communications and external relations, said: "For women and children experiencing domestic abuse, home is not a safe place. Lockdown measures, where women have been isolated and confined with their perpetrators more than ever, have compounded their exposure to violence and abuse."

The charity said as lockdown lifts in the weeks to come, women will have more opportunity to reach out and access support than they have in the last year.

Almost one in five of the women to whom Refuge spoke had experienced death threats from their abusers, 10% had weapons used against them and 16% had experienced strangling. Refuge said research had shown that domestic homicide of women was seven times more likely if the same partner has previously tried to strangled them.

Elsewhere, during 2020, the helpline team:

Made 4,481 referrals to secure refuges.

Signposted survivors to other specialist domestic abuse services in their communities 32,811 times.

Provided women with information about their rights, for example, around child contact, civil orders, reporting to the police, making an emergency homelessness application, 56,596 times.

Refuge also reported a surge in the number of visits to its website and use of its web referral form in the past year.

As the lockdown was imposed on 23 March 2020, there were warnings from domestic abuse charities that the "pressure cooker" conditions would lead to a spike in domestic violence.

In early May, the government announced a £76m package to support the most vulnerable in society, including victims of domestic violence and modern slavery, rough sleepers and vulnerable children.

The flagship domestic abuse bill is passing through parliament before becoming law, and is currently with the House of Lords.