News : Calls to National Domestic Abuse Helpline Surge by 22% in a Year 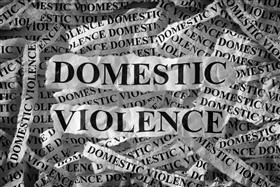 Data released by the Office for National Statistics on Wednesday also found the number of domestic abuse-related crimes recorded by police in England and Wales shot up by six per cent in the same period.

The first comprehensive data on violence against women and girls revealed some 845,734 crimes linked to domestic abuse were recorded by police. Such crimes have doubled in the last half a decade, while the amount of prosecutions has decreased every year during this same period.

The new data also showed one in three women aged over 16 suffered some form of harassment in the last year. While this rises to as many as two in three for women aged 16 to 34.

Jess Phillips, Labour’s Shadow Minister for Domestic Violence and Safeguarding, said: "Staggeringly, this government has overseen yet another rise in the number of victims experiencing domestic abuse. We are seeing women and girls being failed at every step of their journey by this government.

"These figures are a damning indictment of the inaction by this Conservative government which show that while the number of victims rise, fewer perpetrators are being brought to justice."

Ms Phillips, MP for Birmingham Yardley, urged the government to "stop making excuses" and immediately roll out the measures outlined in Labour’s Violence Against Women and Girls Green Paper.

This includes making misogyny a hate crime, increasing the minimum sentence for rape and stalking, and introduce a new law on street harassment.

The data reveals an estimated 1.6 million women aged between 16 and 74 were subjected to domestic abuse in England and Wales in the last year, while around 5.1 million women endured abuse as a child. Some 81 women were killed in a domestic homicide in the year ending March 2020.

Domestic abuse rose substantially during the pandemic as victims were cooped up indoors with abusive partners. While lockdowns do not in themselves cause domestic abuse, stay at home measures can worsen pre-existing patterns of abuse and violence.

Meghan Elkin, head of crime at the Office for National Statistics, said: "Working across government and with charities, for the first time we have been able to bring together data sources to highlight the scale and impact of violence against women and girls.

"Our research finds that the effect of these crimes on women and girls is significant and often long-lasting. It is a problem which is regrettably not going away. Our evidence suggests that experiences of domestic abuse may have intensified during periods of national lockdown as victims potentially faced difficulties in safely seeking support under these conditions."

An average of between two and three women are murdered each week by their partners or ex-partners in England and Wales, while one in four women will suffer domestic abuse at some point during their lives.

Anyone who requires help or support can contact the National Domestic Abuse Helpline which is open 24/7 365 days per year on 0808 2000 247 or via their website.