News : Cambridgeshire Police Get a 999 Call Every FOUR Minutes 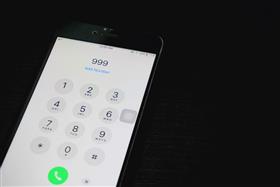 They're getting a 999 call every four minutes and reports of a non-emergency every 90 seconds.

Which is why they're asking us to think carefully before we get in touch with them.

Police are encouraging people to make use of online reporting and highlighting the negative impact of hoax calls.

They have also launched a "what happens next" campaign to explain to victims the process following a crime or intelligence report and the likely timescales involved.

One of the force's objectives is to reduce the number of calls coming into the demand hub by promoting the use of online services and correct use of the 999 service.

It is possible to report crimes, intelligence and collisions as well as many other things on the force's website, with the promise it will be dealt with in exactly the same way as a 101 call.

This rise in demand is due to a number of different reasons and the force is developing awareness campaigns to try and tackle the increase in calls.

Hoax calling and the misuse of the 999 service is adding extra pressure to an already busy service. Earlier this month (November), Rhys Pilott, of Crown Mews, Peterborough, was jailed for six months, the maximum jail sentence for hoax calling.

"We continue to experience incredibly high demand for service. It is vital that people only dial 999 in a genuine emergency. Inappropriate calls could put lives at risk by causing a delay in us speaking to people in danger.

We are here to serve the public and if there's a genuine reason we will do exactly that, however it's important the right response is given as soon as possible to those who really need us.

To help us do this please think about whether to call 999, 101 or another organisation if the issue isn't a policing matter.

We are living in an increasingly digital age. I'm really pleased we can offer people the opportunity to report non-emergencies on our website and communicate with us via a webchat service.

If people haven't reported a non-emergency in this way I would encourage them to try it next time they need to do so."

Cambridgeshire Constabulary is the territorial police force responsible for law enforcement within the ceremonial county of Cambridgeshire in the United Kingdom.