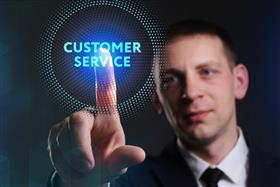 Vancouver, BC, Canada, April 8, 2020 -- The federal government is launching a dedicated Canada Emergency Response Benefit call centre after receiving more than four million applications in less than a month – and many of its agents will be working from home.

The move comes after the benefit saw 1.7 million applications this week alone. The call centre will have 1,500 employees, who will join the approximately 1,000 Employment Insurance call centre workers who have been processing the unprecedented number of applications that started when businesses began to close last month.

The CERB, about $2,000 a month for up to 16 weeks, is for Canadians who have lost income because of COVID-19 and launched on April 6. To manage volume, applicants were asked to log in to the Canada Revenue Agency website according to their birth date.

A spokesperson for Employment and Social Development Canada told CTV News Vancouver that many of the new CERB call centre operators will be working from home.

"Telecommunications equipment continues to be deployed to call centre agents across the country to enable them to respond to Canadians’ calls from their home. The department’s new Canada Emergency Response Benefit (CERB) Call Centre will be almost entirely virtual, allowing agents to answer calls from their homes."

Since March 15, 4.26 million people have applied for the two funds. Those who applied for EI will get the CERB for four months, and collect EI after. About 3.87 million of the applications have been processed, the spokesperson said, and some Canadians are already receiving their deposits.

But some reported to CTV News Vancouver in March that they were unable to get through to the call centre and waited for hours on hold or never got through at all.

The spokesperson said Service Canada has redeployed 3,000 additional staff from other "less critical activities" to deal with the EI and CERB applications.

"Service Canada expects that virtually all of these new applications will have been processed by the end of this week."