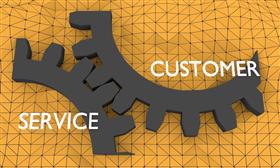 Ottawa, Ontario, Canada, Sept, 2017 -- A cultural shift from an enforcement mindset to a client-centred approach could mark a new era at Immigration, Refugees and Citizenship Canada.

What began as a friendly challenge between immigration officials and university students has brought on a fundamental shift in how the Immigration Department deals with applicants.

For example, now when people contact the department's Montreal-based client support centre for help, the first thing they hear is no longer a warning that disgruntled callers should not verbally abuse the agent.

People also won't be brushed away quickly for their questions simply because their application has not reached the minimum processing time that officials think should warrant concern.

The cultural shift from an enforcement mindset to a client-centred approach could mark a new era at Immigration, Refugees and Citizenship Canada, which has long faced complaints about poor customer service, long processing times and failing to provide timely and accurate information to applicants.

In January, the department quietly launched a client experience branch and appointed Michelle Lattimore, a longtime civil servant, to head the new unit, which is responsible for the client support call centre, service strategy and a new "service insights and experimentation division" of 10 staffers to make dealing with immigration a more pleasant experience.

An improved customer service, advocates say, can make Canada a more attractive destination for visitors, students and immigrants in the increasingly competitive world of global migration.

"I support the initiative but it may take years before it really happens," said immigration lawyer and policy analyst Richard Kurland. "What (Lattimore) needs to do is bring down the blinders. The department has information and does not disclose it to people, forcing them to use call centres. It is a core problem."

Lattimore has been involved in the Immigration Department's restructuring of the client services functions since the spring of 2015 but the work was sidetracked by the new Liberal government's resettlement of 25,000 Syrian refugees.

In May 2016, Lattimore spearheaded the "Family Class Design Challenge" — in partnership with the Treasury Board, Privy Council and the Ontario College of Art and Design (OCAD) University — to explore ways to improve customer satisfaction with the spousal sponsorship program, which has always been a sore point of the immigration system.

The design competition pitted a team of civil servants from the across the department against OCAD graduate students. The teams hit the streets to do random interviews about Canadians' experience with the family sponsorship program.

One surprising finding was that those interviewed said they were more concerned with the department's reluctance to disclose information during the waiting period then they were with the actual length of the processing time.

"This was the most important revelation for the department. To learn from them saying, 'we can live with 12 months, but what we really want to know is what's happening over the course of the 12-month period' and the sense of assurance they are seeking from us is something we hadn't anticipated," noted Lattimore, who worked at Service Canada and Passport Canada before joining the Immigration Department's program integrity branch in 2010.

Both teams in the design challenge came back with similar recommendations: get rid of the taped warning in the call centre greetings that sets the conversation in a negative tone, improve officials' response to callers and provide better information to questions.

Last fall, to boost transparency, immigration's 300 call agents started pulling out a caller's file and responding to questions even if the application has not reached its standard processing time.

And to improve consistency, immigration agents received additional training to ask the right questions to figure out what the caller really wants and provide the correct information they need.

Although the handling time for each call went up by 16 per cent, said Lattimore, the number of repeat calls dropped by a whopping 30 per cent in less than eight weeks, freeing immigration agents time to provide better quality information to callers.

While the agents may be better equipped to answer callers' questions, getting through to one is a challenge.

Recently, Ahmad Hematyar spent 25 minutes waiting on the line hoping to talk to a live agent to inquire about the private sponsorship application of a Syrian family. The Toronto man gave up because the computer-recorded guidance didn't lead him anywhere.

"I followed the instructions and pressed all these buttons. It didn't have the information that we were looking for. It tells you to go to the immigration website to check the status of your application and for processing times. You press zero and it says all the agents are busy," said Hematyar, president of Canada Newcomers and Immigration Associations, whose group has more than 600 refugee sponsorship applications somewhere in the process.

"We have tried to email their processing centre, but you don't get any reply. Is our case still in the queue? Has it been transferred to a visa office? Have they lost our files? On a scale of 10, our frustration with immigration is 10 out of 10. Where's the government accountability?"

Another initiative introduced by the immigration department was texting spousal sponsorship applicants as soon as their full application package of love letters, photos and other proof of the relationship arrives at immigration's mailroom.

"Tiny investments make a big difference in people's lives," said Lattimore, who plans to roll out more "challenges" for ideas to improve immigration client service. "It's not new for us to view immigration as a service. What's new is we are looking at service from a client's perspective."

Queen's University immigration and refugee law professor Sharry Aiken said it's too early to tell if the cultural shift for better client services at the department is genuine.

"It is more important to have an ombudsperson at the federal immigration level. We don't need somebody to review the experience of the consumers to tweak how the department engages with its client base," said Aiken.

"What we really need is an office in place with the authority to do systemic reviews and provide remedies when service standards are not met. That would really make a difference."

The challenge for the immigration and OCAD teams was a tie and each received a small token trophy for their great ideas, said Lattimore. The Immigration Department will conduct its next client survey in 2018.