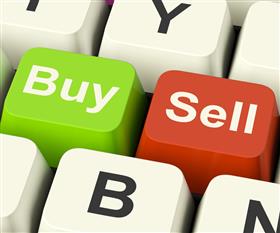 "Fifteen-hundred employees and world-class talent in security, data protection and cloud operations at scale — their talent is amazing," Barrenchea said on a conference call Monday morning. "We’re expecting to grow Carbonite low single-digit in our model, we’re coming into the acquisition with a strong model for growth."

A Carbonite spokeswoman deferred questions to OpenText, which did not respond to several messages by early afternoon.

Carbonite picked the city for a new call center in 2011, moving jobs here from India. It received the city of Lewiston’s Economic Achievement Award in 2012 and local chamber of commerce’s annual Business Leadership Award in 2013.

By January 2018, the company had just under 180 employees here, down from a high of more than 350 just a few years earlier. At the time, Carbonite was filling lower-skilled jobs in Jamaica as employees left the local call center.

The sale is expected to close in the next 90 days. The purchase price includes taking on Carbonite’s debt.

OpenText is the leader in Enterprise Information Management, helping customers to create a Digital-First World by simplifying, transforming, and accelerating their information needs. Over 100,000 customers already use OpenText solutions, either on premises or in our cloud.

Today's Tip of the Day - Connectivity