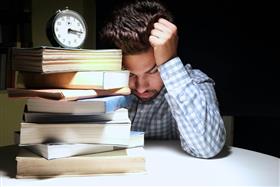 New Delhi, India, Feb 22, 2019 -- Academic pressure from parents, short concentration span, anxiety and stress, are among the major issues students are raising on the toll-free helpline of the Central Board of Secondary Education (CBSE) from across the country.

A total of 87 counsellors based in India and abroad have been answering queries of students appearing in the Class 10 and 12 board exams kicked off on February 15.

Officials at the CBSE said that while most of the inquiries they are receiving are about exam related stress and anxiety; some students are also sharing issues with their parents. "Aspirants are majorly calling on the toll-free to seek advice on how to overcome exam related stress and anxiety, how to increase the concentration span and what to do in the last few days before the exams. We have also received calls wherein the aspirants have sought guidance on how to deal with the academic pressure their parents are putting on them," said a senior official.

The counsellors, who are principals and trained psychological counsellors at the CBSE affiliated schools, are also reaching out to the parents of students. "There have been some instances when out counsellors have called the parents and advised them not to put excessive exam pressure on their children," the official said.

As per the data shared by the board, between February 1 and February 15, as many as 1,356 calls were received on their helpline numbers. "Out of these calls, 619 were made for psychological counselling," CBSE Senior Public Relations Officer Rama Sharma, said.

Officials said that this year the counsellors have received more calls from class 10 board aspirants in comparison to those appearing in class 12 board examination. "Around 780 calls have been received from class 10 board aspirants. Most of these calls are made by male aspirants. The class 10 students are more anxious about the boards because they appear for any such exam for the first time in their student life," said the official.

The board has witnessed considerable drop in the number of personalised calls this time around because of the introduction of Interactive Voice Response (IVR) service. "This year we have received only 1,356 personalised calls during the first 15 days of the counselling session in comparison to the last year’s tally of 4,400. However, the number of calls received on the IVR system are as high as 7,000 as of now," Sharma said.

The CBSE has introduce the facility of IVR on toll free number (1800 11 8004) on which students, parents and stakeholders can obtain pre-recorded information on tackling board exams which includes tips for better preparation, time and stress management. "The IVR system was included to help those students who don’t feel comfortable to openly discussing their issues on telephonic conversations with the counsellors. We have received overwhelming response on the service," Sharma said.

Among the states, highest number of calls has been received from Delhi and NCR as of now. Some parents of children appearing in the CBSE board examination from Delhi said that they have preferred IVR service over personalised call. "We do not get an opportunity to speak to the counsellors for long over personalized calls. But on the IVR we can listen to the pre-recorded advice for as many times as we can," said Shreya Singh, parent of a class 10th student.

About Central Board of Secondary Education:

The Central Board of Secondary Education (abbreviated as CBSE) is a Board of Education for public and private schools, under the Union Government of India.

More Editorial From Central Board of Secondary Education