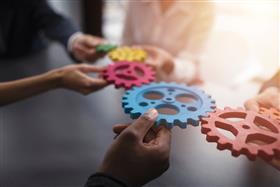 Bengaluru, India, Nov 7, 2019 -- After merging police, fire and ambulance services into a single helpline, the state government has stepped up efforts to establish a centralised command centre.

Laying the foundation for the command centre at the Karnataka State Reserve Police (KSRP) first battalion office on Richmond Road, Chief Minister B S Yediyurappa on Wednesday said the merged centre would help police function effectively. The government recently launched the 112 helpline in place of police (100), fire services (101) and ambulance (108).

The multi-storeyed centralised police command centre will have a built-up area of 1,93,000 square feet on a 3.12-acre site.

It will have seven floors, including lower and upper basements. It will be built by employing sustainable architectural practices.

Yediyurappa said the centre was planned after studying the Abu Dhabi police control centre and the Hyderabad police command centre. "We have incorporated a complete set of sustainable practices," he said. "In terms of conception, we have used double wall insulation to reduce the heat in the building. The solar roof will reduce the load of electricity in the building. The whole building will be constructed on a passive solar strategy."

The construction plan aims at the highest rate of green sustainable practices, Yediyurappa said, adding the building would be ready in two years.