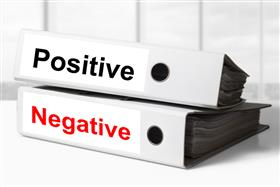 Keenan said on Friday the average waiting time on Centrelink’s employment services line had gone down by 11 minutes and calls to the families line were being picked up four minutes sooner, "just a few short months" after the outsourced phone operators were put on the job.

The number of calls that are blocked so the callers hear "engaged signals" has also gone down by 42%, he added. Keenan’s office confirmed they had compared recent statistics with those for the 2017-18 financial year.

So far, according to the minister, only about half of 2750 contact centre staff engaged through private firms last year have been put through training to answer calls for his department, with the rest to plug in their headsets over the next few months. The minister also said there had been a slight improvement over the 2018 calendar year:

The way the figures are calculated and averaged out across phone lines and the department as a whole can hide the reality of the experience for individuals, who often report waiting much, much longer than 16 minutes.

The waiting time is reset to zero if the caller is transferred to a different phone line, effectively cutting any time they spent waiting on the first line out of the figures. Time spent waiting on hold is not counted either if the caller hangs up before they ever get to speak to anyone. On the other hand, calls that are blocked with the engaged signal are counted as very short calls that are picked up and resolved quickly, dragging the average down.

Keenan said the figures "proved that the use of private call centre workers was an effective and efficient way to improve customer service at Centrelink" but the Community and Public Sector Union’s deputy secretary Melissa Donnelly claimed the private-sector workers were not as well trained as public servants.

"Getting your phone call answered should be the least that Centrelink customers expect, but it seems that’s the end game for Minister Keenan," said Donnelly.

"The feedback we’re receiving is that the quality of service provided by these private call centres with inferior training and support just isn’t up to scratch. Having your call answered more quickly is no use if the operator can’t even change your address."

The CPSU representative described the 2750 jobs as "insecure work that pays less and has inferior working conditions and training" compared to similar public service roles, and argued the workers "should be given the opportunity for permanent, decent jobs direct with Centrelink".

The argument over which major party is mostly to blame for staff cuts and the blow-out in the agency’s call centre KPIs continued as well. As we’ve reported before, this was a bipartisan exercise.

Keenan claimed the opposition would replace the 2750 contractors with only 1200 public servants if it came to power in May, and warned the waiting times would get worse and staff would be under more pressure. Donnelly dismissed his impressive-sounding results as "an ideological con job" given the figures had worsened for much of the current government’s five years in power, before it gave the work to for-profit companies.