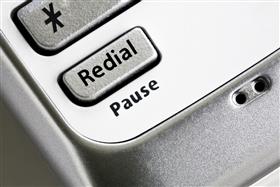 Canberra, Australia, Feb 28, 2018 -- Centrelink is being flooded with calls from automated redial apps, with figures showing one mobile phone rang the agency 4500 times over a 12-month period.

Figures to be released by Human Services Minister Michael Keenan today show that auto redial apps account for 20 per cent — or 11 million — of the 55 million busy signals met by customers each year.

One user made 4500 calls, successfully getting through to the Department of Human Services 300 times in the same period — at least once every business day.

Mr Keenan said the use of the apps was "clogging" the system, preventing legitimate callers from getting through and driving up wait times.

"These callers are clogging up the department’s phone lines, disadvantaging the most vulnerable in our community from accessing the services they need," he said.

After introducing changes, the Government says about 77,000 more calls have been answered since October, with busy signals down 52 per cent in January compared with the same time last year.

Mr Keenan’s office said this was 3.7 million fewer engaged tones during a peak demand period, and a 38 per cent drop in busy signals between October and last month, down nine million busy signals.

"This Government is committed to delivering the best possible services to the Australian people, and our investment has already seen a reduction in busy signals in the last month alone," Mr Keenan said.

Department officials are expected to face questions about Centrelink wait times at a Senate estimates hearing.