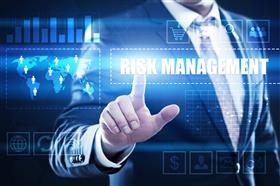 Private call centre contractors have been rolled out across the country, and there will be 2750 by April, but there have already been reports that mistakes have been made and the contractors aren't trained to the same level as public servants.

The Community and Public Sector Union says it is aware of at least 12 cases where women escaping domestic violence have called Centrelink to change their contact details, but the updates were not made by the contractors.

With the old addresses still on file, details about payments and other correspondence could have been going instead to abusive partners, and could be a breach of the Privacy Act.

Human Services spokesman Hank Jongen said supporting people affected by domestic violence was a priority for Centrelink but didn't deny the incidents had occurred or if the department was investigating them.

"The department can reassure customers that no customer data has been inadvertently released by our contract workforce that could have compromised personal safety," Mr Jongen said.

"We undertake regular checks of our processes to ensure customers’ details remain private."

The union acknowledged that mistakes are also made by departmental staff but said the rate of serious mistakes was concerning, pointing to a lack of training.

"Centrelink’s policies and systems are enormously complex, as anyone who’s had to apply for a family payment or any other sort of support can attest. Six weeks training and a high turnover privately employed workforce combined with people’s complex and often volatile personal circumstances is a recipe for disaster," Community and Public Sector Union deputy secretary Melissa Donnelly said.

"Our members directly employed by Centrelink are absolutely horrified at the stories coming out of these call centres, particularly considering the short time they’ve been operating and we suspect there are many other cases that have not yet come to light."

According to the union, Centrelink staff only deal with issues regarding domestic violence after they have worked for the department for more than 12 months, and competency modules bringing them up to APS4 level.

"The training, oversight and processes in place in DHS’s own call centres are being ignored by these companies because cutting corners means bumper profits."

"By campaigning against these workers, the union has made it clear that it is not interested in delivering better outcomes for Centrelink clients. All it cares about is boosting its membership numbers," he said.

Labor has promised to hire 1200 public servants in Human Services, but the minister claims that would lead to a reduction of 1550 staff if the contractors were canned.

He also said the claims about a lack of training were false.

"Our contractors receive exactly the same training as our regular workforce and their performance is monitored very closely to ensure service standards are consistent with the high standards set by the department. In many areas, those standards are exceeded," Mr Keenan said.

More than 22,000 staff have completed training on dealing with customers experiencing domestic violence, the department said.

Today's Tip of the Day - Choose Your Response Method Carefully