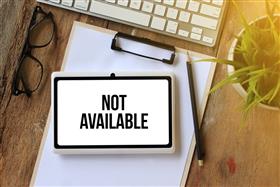 Port Pirie, South Australia, Australia, March 24, 2020 -- Centrelink's online portal has crashed for the second day in a row despite government assurances tens of thousands of people seeking welfare because of the coronavirus fallout would be able to access it.

People were again queuing outside Centrelink offices on Tuesday morning, mirroring devastating scenes across the country on Monday when thousands lined up to register for unemployment benefits.

About 123,000 logged on to the MyGov portal on Tuesday morning.

Social Services Minister Anne Ruston sought to reassure people they could now confirm their identity over the phone to Centrelink.

"You're no longer required to attend a Centrelink site to provide proof of identity," she said.

"Yesterday, the changes came into place which require you to only provide proof of identity over the phone.

"Understanding these are exceptional circumstances and we don't want people attending Centrelink sites in person, they will then give you a validation that says: 'Yes you are who you say you are', on the basis of what you've said, and then you go online and register through MyGov."

Some have complained this information wasn't on Centrelink's website, but by Tuesday afternoon there was an alert on the customer reference number information page saying people without one would need to call to prove their identity.

But by the afternoon, the service was again running slow or not at all.

It crashed on Monday after it was overwhelmed by almost 100,000 newly unemployed Australians, many of whom were making their first approach to Centrelink.

Senator Ruston says no one could have predicted the increased demand even though the government shut down a number of industries to combat the spread of the virus.

"They are scared, they are confused and they are stressed because of drastic changes to their financial situation," she told ABC radio.

"Get the payments out, cut the red tape and worry about the paperwork later. People need help now."

Centrelink will boost its workforce by 5000 people to deal with the influx of applicants and extend call centre hours.

But there will be fewer workers at the centres because of social distancing requirements. No pop-up shopfronts are planned.

Many families, workers and business owners have been forced to seek social security as the pandemic throws the national economy into chaos.

Government Services Minister Stuart Robert has admitted he was wrong to blame hackers for bringing the MyGov website down, when it was actually overwhelmed by sacked Australians scrambling for benefits.

"I probably should have waited for the investigation before jumping the gun," he told 2GB radio.

"My bad [for] not realising the sheer scale of the decision on Sunday night by national leaders that literally saw hundreds of thousands, maybe a million, people unemployed overnight."

"That's unfortunate and it has consequences for people because it breaks down people's confidence in the system."