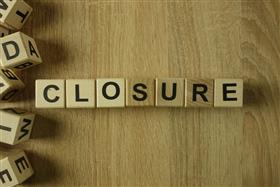 Glasgow, Scotland, April 4, 2019 -- A Glasgow call centre has been earmarked for closure, a trade union has warned.

Job losses are expected to fall within the 4,000 staff cuts Centrica - the company that runs British Gas and Scottish Gas - announced 14 months ago.

The GMB Scotland union said it hopes staff at City Park call centre, in the city's east end, can be redeployed.

A Centrica spokesman said any announcements about job cuts would first be made to the staff affected.

GMB Scotland organiser Hazel Nolan said: "We are hopeful that the bulk of staff affected can be redeployed back into the business and we'll certainly be campaigning to sustain as many jobs as possible.

"But let's be clear this is just one more example of a business going badly wrong and we are in the second wave of a 4,000 jobs cuts plan by 2020."

She added: "Morale is at rock bottom among the staff and consumers have lost confidence in the service against the backdrop of price hikes.

"This once great British institution is being run into the ground."

Today's Tip of the Day - Can You Deliver?