News : CenturyLink is Closing its JoCo Office After Getting Kansas Tax Credits 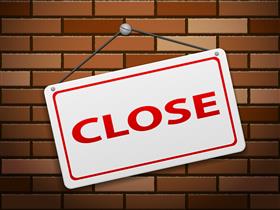 CenturyLink informed employees in July of its decision not to renew a longstanding lease at 600 New Century Parkway in Gardner’s New Century AirCenter. The lease will expire on June 30 of next year.

Employees have at least a year to grapple with the closure, though it’s unclear how many will lose work from the change.

CenturyLink has been awarded millions of dollars in tax credits under the High Performance Incentive Program. That program awards employers that pay above-average wages and "have a strong commitment to skills development for their workers," according to the Kansas Department of Commerce.

John Idoux, CenturyLink’s director of governmental affairs, told Kansas lawmakers last year that those tax credits were important for keeping company jobs in Kansas. Idoux was lobbying for a bill that would have extended the deadline for companies to cash in their tax credits.

He said CenturyLink was unable to claim about $8 million worth of its earned tax credits, in part because of its expensive investment in rural broadband. That investment drove up expenses and likely lowered the company’s income tax burden.

"Mr. Idoux said the HPIP program is an incentive for corporations to retain jobs in Kansas," minutes from a commerce committee meeting show. Without the tax credits, Idoux said there could be "a bidding war" between the states for CenturyLink jobs.

Molzen said the company lived up to its commitments under the incentive program. He said those commitments included a $10 million investment to bring the Gardner building up to class A office standards. It’s unclear how many employees will remain in Kansas.

Robert North, chief counsel for the Kansas Department of Commerce, said job reductions don’t necessarily prohibit a company from claiming tax credits it previously earned. The High Performance Incentive Program allows companies to claim their credits over a 16-year period. Tax credits are not cash awards; rather, they work like coupons and allow companies to lower their income tax liability in exchange for making certain investments.

North said he was not familiar enough with CenturyLink’s situation to comment on the particulars. But generally, he said the tax credits target company’s capital investments like a factory addition or a new headquarters building. That means the incentives usually don’t follow a company’s moves.

"If a company was in Johnson County, earned a tax credit at a particular facility and then shut that facility down and moved to Norton County, then the tax credit would not go with it," he said.

North said the commerce department only certifies companies’ eligibility for the credits, but doesn’t track how much they claim on tax returns. It’s unclear how much CenturyLink has qualified for or claimed in tax credits: Unlike many states, Kansas forbids disclosure of tax credit recipients, though North said recently approved legislation will require more transparency about the tax benefits companies receive.

CenturyLink’s predecessor companies have been in Gardner since 1982, said Greg Martinette, president and CEO of the Southwest Johnson County Economic Development Corporation. The building previously housed local phone provider Embarq, which CenturyLink purchased in 2009 from Sprint.

In 2014, CenturyLink announced it would relocate employees from their Overland Park offices to the Gardner building. It currently occupies most of a 480,000-square-foot building, though the industrial park is home to many tenants including Amazon, DuPont and Garmin.

He doesn’t expect any trouble filling the large void CenturyLink will leave on the campus, which is owned by Johnson County.

"Our phone’s been buzzing with people inquiring about it," he said. "It’s not something we have in the southwest part of the metro. The closest thing to that type of office space is the Sprint campus."

Sprint last month closed on the sale of its corporate campus in Overland Park to Wichita’s Occidental Management. The wireless provider, which plans to merge with competitor T-Mobile, will occupy a portion of the campus with Occidental refurbishing some buildings for other tenants.

Martinette said CenturyLink’s 1982-era building is older — and thus will rent for far less — than many office buildings on the market.

"There’s a lot of companies that are growing fast and need office space that aren’t that far away from us," he said. "To have that much space available at a great lease rate is a great option for them."

Martinette said local officials knew the television, telephone and internet industry had been in decline, but didn’t expect the company to pull up stakes altogether

"We were preparing for them to take maybe a little bit less space and we would help them find other tenants," he said. "So when the call came that they were actually not going to renew the lease, it was a surprise to us."

CenturyLink is the third largest telecommunications company in the United States and is recognized as a leader in the network services market by technology industry analyst firms.