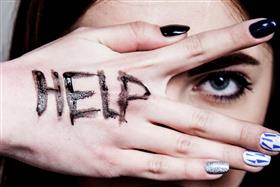 Chandigarh, India, Nov 19, 2018 -- The Federation of Sector Welfare Association of Chandigarh (Foswac) should constitute 'she team helpline' on the lines of Hyderabad for the safety of women in the city. This proposal was mooted by the area councillor of ward number 9 Gurbax Rawat, who had come to attend the Foswac general house meeting at Sector 40 community centre here on Sunday.

While sharing the model which Hyderabad follows, Gurbax said that during the councillors' visit to that city the woman MC commissioner there had shared that they had a 'she team helpline', which acted on the complaints of women and they used to roam around in markets and other public places to check eve teasing and safety issues of women.

She said that this team was well equipped with cameras also to make videos and gather evidence against the the accused so that he could be punished under law.

She mooted a proposal that Foswac should create this group and if funds were required she would provide these from her councillor's fund. In fact, this group also provides public transport service to women in case they require it in late hours.