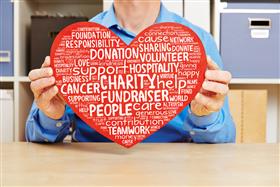 A charity which provides guidance and support on immigration and homelessness in the West Midlands, UK, has benefited from a large donation of furniture for its offices in Birmingham, Wolverhampton and Walsall.

Head quartered in Birmingham, Sigma Connected, which provides contact centre services across the utilities, retail, telecommunications and financial services sectors, has donated almost 100 desks to The Refugee and Migrant Centre charity. The donation, which has been made through the company’s Sigma Charity Foundation, also included other items such as boardroom furniture, recycling bins, noticeboards and office dividers.

It is the second time this year that Sigma Connected has supported the charity after a £1,000 donation in June.

Peter Hopgood-Gravett, Director of Compliance, Risk and Audit at Sigma Connected, said: "I have had the pleasure of working closely with the charity for a number of years and when I had the opportunity to visit one of their offices recently, I was shocked to see how old their office furniture was.

"Luckily, we are currently redeveloping our offices and had lots of spare furniture due to new hybrid working arrangements and were therefore able to invite the charity to label any furniture they felt would be useful to them for all three of their offices.

"We are delighted to be supporting them once again and to be contributing in some way to their ongoing work which is helping hundreds of people across the region.

The charity is operated by 110 staff and over 50 volunteers who speak over 45 languages and many of whom were clients and became volunteers or employees having used the service themselves. They have supported tens of thousands of individuals and families since its creation in 1999. Beneficiaries have come from across 148 different nationalities. Their website is available through www.rmcentre.org.uk.