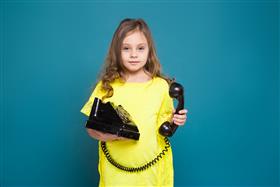 MSP is a registered non-government organisation (NGO) established in Fiji to build resilience among vulnerable groups which are coping with emerging environmental, economic and human security challenges.

MSP executive director Jennifer Poole said one must be thoughtful when assessing information about violence crimes as it was a complex matter and statistics had many interpretations.

"An increase in cases of sexual assault being prosecuted in courts can either represent an increase in such cases occurring in the past, or an increase in the reporting and processing of such incidents," she said.

"More cases being prosecuted reflects a system that is working to provide justice."

"While there are still high numbers of crimes against women and children which is not acceptable, there is good news as over the past five years, there is a decreasing rate of sexual violence cases.

"This is due to the combined efforts of many agencies working together to address this serious issue and it reflects the hard work of the Fiji Police Force, the Ministry of Women, Children and Poverty Alleviation and the NGO sector, including improvements in the legal system and legislative framework."

Ms Poole said MSP assisted about 50 per cent of the sexual assault cases that were currently being reported through the Fiji Police Force.

"MSP has seen over 400 sexual assault cases and those that have been summoned have had successful outcomes, offenders have been prosecuted," she said.

"Thus, the model is providing 100 per cent access to justice in Fiji."

The organisation provides specialised confidential counselling, medical forensics, legal advice and gives a voice to children and young people who are in need of support, care and protection through their child helpline 1325.