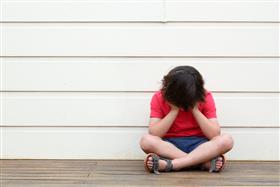 Dublin, Ireland, Nov 20, 2018 -- Child neglect is the most common reason for calls to the National Society for the Prevention of Cruelty to Children in the North, the charity has said.

The NSPCC has handled nearly 20,000 calls about child neglect in the UK this year and last year, it said. Hundreds of calls were received over the 12 days of last Christmas. The charity launched its Light for Every Childhood Christmas appeal on Tuesday.

The helpline hears from concerned adults "every day and night of the week" with reports ranging from children being left unsupervised or with inadequate clothing, to being screamed at or living among mouldy food and animal faeces.

Many of these concerns were so serious that they were referred to agencies including local authorities and the police. Last year, the helpline made 197 referrals to agencies across Northern Ireland about neglect.

Neil Anderson, head of NSPCC Northern Ireland, said: "Neglect doesn’t stop because it is Christmas; the holidays can in fact magnify problems because children are cut-off from the wider community and their support network."