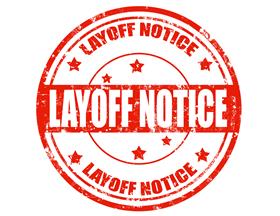 The national bank laid off 23 call center staff in Sioux Falls this week as it continues to shed employees and prepare for an upcoming move across town to a much smaller facility.

"To align staffing with current business needs, Citi is eliminating some positions at its Sioux Falls operations center," Citi spokesman Drew Benson said in an emailed statement. "We encourage affected employees to explore other employment opportunities at Citi and will provide outplacement services and other benefits for those affected."

Citi leadership expects to fill some of the last call center positions at its office in Kentucky.

Citi is still a top employer in Sioux Falls, but provides nowhere near the 3,000 jobs it eventually created after opening the Sioux Falls location in 1981. South Dakota lawmakers rolled out a welcome mat for the bank by overhauling the state’s usury laws.

"I was desperately looking for an opportunity for jobs for South Dakotans," former Gov. Bill Janklow said in 2004. "To me, this wasn't a credit card deal; it was a jobs deal. It was an economic opportunity for the state."

Today, the company employs about 1,600. Those jobs continue to disappear as Citi cuts away at its Sioux Falls offices.

Linda Nielson retired in April, the same month Citi workers went through previous round of layoffs. Like many other Citi customer service representatives, Nielson had transitioned from working at the bank's Sioux Falls office park to working from home.

The 67-year-old saw the writing on the walls of Citi’s new 150,000-square-foot facility in southwestern Sioux Falls.

"We definitely knew it would happen before the new building was finished," Nielson said.

The new facility, still under construction, was celebrated by former Sioux Falls Mayor Mike Huether as a sign Citi was continuing its investment in Sioux Falls.

But the new structure will much smaller than Citi’s current two-building campus in northern Sioux Falls, which offers a combined 250,000 square feet of space.

"We actually thought it was going to happen in December," Nielson said.

Citigroup Inc. (branded Citi), is a major American financial services company based in New York, NY. Citigroup was formed from one of the world's largest mergers in history by combining the banking giant Citicorp and financial conglomerate Travelers Group on April 7, 1998.