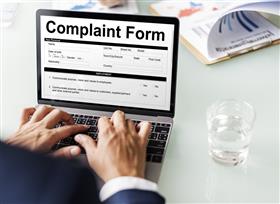 Rawalpindi, Pakistan, Aug 5, 2019 -- The citizens can contact police helpline 8787 to get a complaint registered in connection with denial and fake registration of an FIR, wrong investigation, illegal demand from an official, illegal arrest of a citizen and illegal confinement.

According to a police spokesman, Punjab Police had introduced Online Complaint Service through SMS, Call or Email to facilitate the citizens. He said, the Deputy Superintendent Police (DSP) concerned would contact the complainant, resolve the issue and immediately report to the Punjab Police Complaint Centre.

He informed, the citizens could contact the higher officials of Punjab Police in the following cases, If Punjab police are not registering a genuine FIR, If the Inquiry Officer is not carrying out the investigation correctly and lawfully, If Punjab police have arrested someone unlawfully, If an innocent has been arrested in a case without any reason or someone has registered a false FIR against a citizen, If any Punjab police officer is demanding bribe from a citizen, If police is using delaying tactics in a genuine complaint. He further informed that the citizens could call or send SMS at IG Punjab police complaint cell helpline number 8,787. The citizens can send the details of the complaint at the email ID, aigcomplaints.cpo@punjabpolice.gov.pk.

The complainants can also file a complaint at the official website of the Punjab Police Complaint Website.

8787 is not an emergency number, he said adding, this number is just for routine complaints. For any emergency complaint, the citizens should use 15 for immediate response.

He also advised the citizens not to misuse 15 emergency complaint number just for enjoyment or teasing others. The spokesman said, the complainant will have to provide his/her name and CNIC number at the time of registering a complaint, otherwise no action would be taken on the complaint.