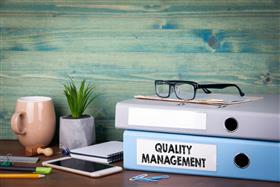 Memphis has been criticized in the past for taking too long to answer 911 calls, but now city leaders are proudly announcing their new averages that also meet the national standard for the first time.

Brenda Woods says she can't imagine having to wait a full minute for an operator to answer a 911 call.

That's exactly what the wait time used to be about two years ago.

Now, the city of Memphis has gotten it down to about eight seconds.

"I think it's excellent, excellent. The quicker we can get to them, the quicker the response. It works well all around," Woods said.

The new 911 call answer times meet the national standard, which is having 95 percent of calls answered in 20 seconds or less. It's the first time Memphis has met the standard since the tracking started three years ago.

"It's good. It's having pride in the job that you're doing. It makes all the difference," Emergency Communications Administrator Michael Spencer said.

Spencer says it comes down to resources and data.

"It's nice they don't have that forced overtime anymore and that they're not answering calls back-to-back," said Spencer. "We have enough people. Now they have a small break in between phone calls."

He says before, a lot of callers would hang up during the long waits, but that has gone down about two thirds with the new answering times.

"When they call 911, they're already going through something difficult and stressful. So, having us answer quickly just eliminates another reason for them to be stressed out," he said.

Along with new phone calls, comes a new facility.

"We can raise and lower the monitors individually, so the employees have the option to stand up and work," said Spencer as he WREG the new equipment.

The center will be open next month on Flicker Street with state of the art equipment and over double the space of the current call center at 201 Poplar.

Even though that will be the main location, they're still going to keep the call center open at 201 Poplar indefinitely.

"That way, if we have any technological hiccups or any issues, the service levels won't drop," said Spencer. "We can't be down for one minute."

Assuring the calls get answered, as quickly as possible.

The new call center in East Memphis is being paid for by designated money through the state, and not city funds.

City spokespeople say they want to maintain these wait times and have a new goal of quality assurance with calls, so everyone receives the same treatment and service.