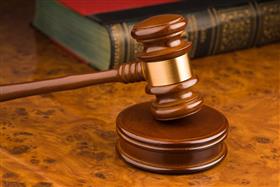 Mumbai, India, Dec 25, 2019 -- The DB Marg police have busted a call centre racket and arrested four people from Delhi, who, allegedly, tricked the customers of State Bank of India into revealing the One Time Password (OTP) for online transactions. The money would come to the online wallets of the accused who would then use it to buy gold online. They would later sell the metal for cash.

The fake call centre, which employed 15 people, operated from Delhi and the accused are residents of UP and Punjab.

The cops swung into action when they received a complaint from an SBI customer called Tukaram Dange who alleged that Rs 1,94,986 had been withdrawn from his account in 97 transactions when he shared his OTP and credit card details with a person who claimed to be calling from the bank. "The person on the phone had told Dange, a Vikhroli resident, that his credit card was blocked, and he would have to share details of the card to unblock it," said Rajiv Jain, deputy commissioner of police, Zone II.

"We started tracking the accused and reached Paschim Vihar in New Delhi. That’s when we learned that the mastermind was Arshad Chaudhary alias Aakash, a resident of Meerat in UP," said inspector Raja Bidkar of DB Marg police station.

The cops later nabbed Ashukumar Jain, 32, a resident of Ghaziabad, who was the main supplier of SIM cards to the call centre. "They would use one SIM card for one victim. That way they evaded tracking by the police," said Bidkar.

The cops also arrested two employees of the call centre, Shubham Jaudhan and Saurabh Chauhan. "The employees would be given financial incentives with which they bought gold," said Bidkar.

All of them have been booked for cheating, common intention and under various sections of the Information Technology Act.

The police said several people are wanted in the case even as they are trying to find out how the accused got hold of SBI’s customers data base.