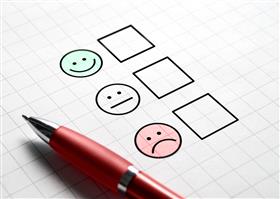 Albuquerque, NM, USA, April, 2019 -- From graffiti to trash pickup, the Albuquerque's 311 helpline gets almost 1 million calls a year. Now, the city is trying to make it even more accessible.

Rowan Wymark has been an Albuquerque local for awhile and is quite familiar with the city's 311 service.

"I call them so often that I tell them it's their priviledge to serve me," said Wymark.

The helpline lets people like Wymark in the know about all things Albuquerque—everything from city events, bus routes—and even lets them report about non-emergency issues like trash and graffiti, which Wymark has done before.

"It's usually things like not having a trash pick up," said Wymark.

It's reports like those that 311 wants to hear about so they can fix the problem and wow, do they get a lot of calls each year.

With this high amout of calls, 311 wants to know how it's doing and if it needs to revamp the way 311 handles reports. So, the 311 Division sent out this survey.

"We ask questions like: Have you heard of us? What's your favorite way of contacting us? What would you like to see different about the services that we offer?" said Prothero.

The 311 division is even asking people if they would rather contact 311 through text message or Facebook, and if they felt contacting 311 helped resolve the problem quickly.

"I do think that would probably be something I would want to try using from here on," said local Lynn Higgin. "Especially with some of the things I've noticed in the area."

Right now, it's too early to tell if the survey's results will change 311 methods, but for now, people like Wymark feel 311 is a God-send.

In the past, the survey was mailed to a small number of residents who used 311 in the previous year. Now, for the first time, the city is expanding it and putting the survey online so everyone can access it.

So far, only 50 people have taken the survey, but the city said you have until mid-May to fill it out.