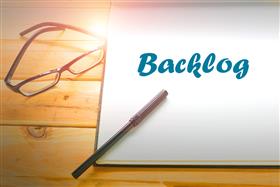 Durban, South Africa, April 22, 2020 -- eThekwini Municipality has refused a call for non-essential staff to return to work to assist with call centre backlogs.

This comes after DA councillor Billy Mzamo called for more workers to be brought in to assist the city last week.

According to Mzamo, there had been higher than usual reported cases of customers not being able to acquire reference numbers from the call centre. He said the call centre and water department were struggling to cope with queries.

"Complaints and queries received in a day have doubled during the lockdown. Some councillors reported that they have been receiving complaints from residents about not getting reference numbers or even getting their complaints attended to timeously," he said.

Mzamo said this had led to ongoing water leaks and water outages that lasted for days or even weeks on end.

The DA wrote to the city requesting non-essential staff to be seconded to deal with water-related queries.

"The DA in eThekwini calls on the municipality to urgently prioritise water related queries, enhance resources and provide maximum support to the teams that carry out the vital role of bringing water to the people," he said.

"The inability to timeously attend to water-related complaints such as outages and leaks could negatively compromise efforts to deal with Covid-19. The municipality must take drastic steps to ensure that the provision of water to all residents of this city is steady."

However, municipal spokesperson Msawakhe Mayisela insisted that this was not the case, accusing the DA of "clutching on straws to ruin the image of the city".

He said the city had a mammoth task to contribute meaningfully to the country’s endeavours to flatten the curve of the Covid-19 scourge.

"The city is able to attend to all calls at its call centres and we are doing our level best to meet the needs of our residents immediately once they have been brought to our attention.

"Constructive criticism would at all times be welcomed. In the meantime, the city urges everyone to lend a hand in arresting the spread of the virus than scoring cheap political points to the detriment of our residents," he said.

Today's Tip of the Day - Who Do You Want?