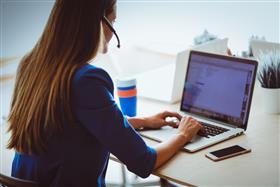 Delhi, India, May, 2017 -- The BJP-ruled municipal corporation are following in the footsteps of the Prime Minister. The North Delhi Municipal Corporation plans to launch a helpline number for citizens to lodge their civic complaints as well as for women's safety.

The move, according to officials, has come from the BJP high command to make a mechanism for addressing civic issues after the corporations secured a dismal ranking in the recent Swachh Bharat Survey ranking.

The helpline number will have a common control room. However, for each of the wards, calls will be directly connected to councillors. The mayor too will address grievances on select days.

"We are preparing the set up for establishing the helpline. The initiative has been taken to address public grievances over civic issues. It was observed that complaints relating to garbage, drainage and stray animals top the civic woes, which remain unaddressed. The helpline is intended to cater to these issues," said a senior North Corporation official.

Once lodged, the complaints will be forwarded to the officers heading the concerned department.

"A time-frame will be set for addressing the grievances, which in case, breached will hold the department head accountable for it. Calls relating to issues of women's safety will be directly attended by the mayor's office," the official said.

A helpline was earlier started for hearing to complaints regarding vector-borne diseases, but it received a lackluster response. "We were not able to advertise the earlier helpline much that's why it did not pick up well. But we are going to majorly promote the new helpline, as it will also change the way the corporations function," he said.

Also, officials said, the corporation will make policies on the basis of the nature of complaints lodged.

"The nature and frequency of complaints will be assessed, which will help us to make policies for the greater public convenience. We hope to launch the helpline in the coming months," he said.

The three municipal corporations of Delhi — South, North and East — featured much below on the Swachh Bharat list with their national ranking being 202, 279 and 196, respectively.