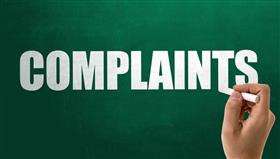 Jaipur, India, July, 2017 -- The state government will soon come up with a helpline to ensure timely redressal of grievances, an official said.

The ‘CM Helpline 181’, planned and developed by the Centre for Good Governance, is scheduled to be launched on August 15 by chief minister Vasundhara Raje. Its trial will start from August 1.

Around 30,000 employees and officials will be directly linked with the helpline that will work from 9am to 11pm, the official said on condition anonymity.

"The CM Helpline will cover grievances related to all departments and government bodies. All the grievances will be resolved in a time-bound manner."

The mechanism adopted in the helpline is unlike how Sampark portal is operated. A four-level grievance system has been developed – level 1 is tehsil, level 2 (district), level 3 (divisional) and level 4 (state).

The official has to redress the grievance in a time frame. "If time limit exceeds or complainant is dissatisfied, then the issue will be forwarded to the next level," the official said.

"The helpline will not only facilitate (redressal of) public grievances but will also reduce work, time and efforts. The complaint will be closed only after real satisfaction of the complainant and after verification and cross-verification."

The official said the process would be monitored at various levels. "There will be less chance that a complaint unaddressed reaches the level 3; in case it happens, action will be taken against the employee or official responsible."

The move will help curb corruption as a complaint cannot be kept on hold at any level after the prescribed time frame, he said.

The Centre for Good Governance is training officials and employees linked with the helpline at the state and district levels.