News : Cold Callers Who Acted Illegally with Links to Business at Townsville 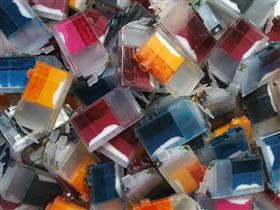 Melbourne, Victoria, Australia, March 13, 2017 -- A Victorian company found to have acted illegally by cold-calling a Queensland farming couple and bullying them into buying ink cartridges that would last them for 1653 years has links to a business that has just established at Townsville.

Melbourne-based Corporate Office Supplies last week was ordered by the Victorian Civil and Administrative Tribunal to pay more than $90,000 to the couple after it sold them more than 2000 printer ink cartridges.

The company’s CEO, James Murray, visited Townsville late last year to ­announce a new venture, called Strantics, which he said would leverage on the State Government’s $100 million Back to Work program to ­create a national call centre.

According to the tribunal, salespeople from Corporate Office Supplies began making multiple cold calls to the home of Mundubbera couple Rod and Charmaine Sharp in mid 2015. Mrs Sharp told the tribunal the company would not take no for an answer.

She initially bought 56 cartridges when they only had one printer that required one cartridge every 10 months. The company continued to call, eventually selling her vouchers for another 1984 cartridges.

She did not tell her husband of payments of almost $80,000 and it was only discovered when their accountant ­prepared financial statements.

Tribunal deputy president Ian Lulham ruled the company had acted unconscionably in selling more than 2000 cartridges to a family that would take them 1653 years to use.

"It is not overstating the position to say that any business which sold over 2000 ­cartridges to a business that owned one printer acted ­unlawfully," Mr Lulham said.

"(The company) may as well assert that Mrs Sharp agreed to buy the Sydney ­Harbour Bridge."

Corporate Office Supplies did not file a defence but its accountant, Kodi John Ashford, told the hearing Mrs Sharp was never bullied or harassed.

Announcing the Strantics office in December, Mr Murray said they picked Townsville because there were so many people unemployed who needed jobs. Mr Murray or a Corporate Office Supplies spokesman could not be ­contacted for comment.