News : Comcast Plans to Add 100 Employees to its Charleston Center in 2020 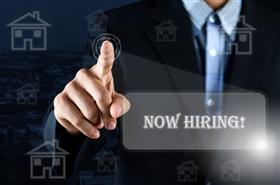 North Charleston, SC, USA, March, 2020 -- A Charleston area internet provider says it is adding 100 employees to its North Charleston contact center, part of a broader effort to up its customer service game.

Jason Gumbs, regional senior vice president for the Philadelphia-based company, said the volume of customer service calls have dropped by 10 percent in Comcast’s southern region in the last year. Despite that trend, Comcast said it’s still hiring to be as responsive as possible. Also, the center is also becoming a test site for new network technologies.

Gumbs said Comcast has made a series of improvements to bring customers upgraded internet in their homes. Over time, the number of devices people want to connect to their home networks is growing, he said, requiring greater capabilities from their service providers.

"The business is changing," Gumbs, a 21-year employee of Comcast, said. "We’re no longer the cable television provider."

Alex Horwitz, a company spokesman, said that shift has been taking place over the course of years. Comcast, and every other internet provider, needed to invest heavily in its technology over the years to keep pace with demand for more speed and streaming capabilities.

"At the end of the day, we recognize that viewing habits are changing," Horwitz said.#contactcenterworld, @comcast