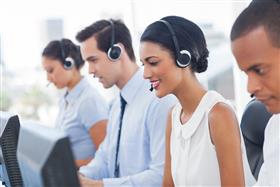 Newark, DE, USA, Sept, 2019 -- When Comcast executives found a vacant building tucked into a wooded corporate center in Newark, Delaware, two years ago, they saw a diamond in the rough.

The Philadelphia cable provider has since gutted the 150,000-square-foot building and transformed it into a customer support center where more than 800 employees are surrounded by hydroponic living walls, collaboration areas and environmentally friendly lighting and heating controls. Now, Comcast executive Jim Samaha no longer uses the word "rough."

"I really think of it as a diamond now," the senior vice president of operations in the Philadelphia region told a crowd of local elected officials and employees gathered for the Newark Center’s unveiling Thursday. "It’s a beautiful place."

Comcast (NASDAQ: CMCSA) signed a 10-year lease on the building, which is owned by Buccini/Pollin, in 2018 as it sought to combine employees from two different call centers in Newark and New Castle that had outdated, cubicle-filled layouts.

The consolidation in New Castle County — which Samaha said did not result in any job losses — is tied to Comcast’s wider efforts in the past four years to "make customer service our greatest product," he told the Philadelphia Business Journal.

Comcast rolled out a plan to revamp customer service in 2015 after a subscriber’s maddening call with a Comcast employee made national news and drew blistering criticism. As part of its customer service makeover, Comcast has hired thousands of new technicians, gave customers more digital options to communicate with the company and control their own service and streamlined its customer support centers.

"This is part of that journey," Samaha said.

At the Newark Center, employees handle both in-bound sales calls and general support calls. An additional 100 employees work in the Xfinity Operations Center, where multiple large video walls and sprawling workstations display information about Comcast’s network along the East Coast from Maine to Virginia. XOC employees are able to respond to outages as they happen and proactively fix network issues before customers reach out. About 100 more employees could fit in the building, Samaha said.

Having teams with different objectives working under one roof has multiple benefits, he said. Employees can have face-to-face conversations with people they’ve only emailed before, learn from different departments’ experiences with customers and build their career by shadowing other employees.

For the company, it gives them greater control over the region’s operations and the messages employees hear every day.

The company completed a regionalization of customer support efforts on a smaller scale in South Jersey nearly three years ago, when it combined 250 employees from two different offices into a 42,000-square-foot central "Communications Center of Excellence" in Voorhees Township.