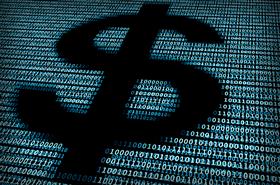 Brisbane, Australia, Nov 14, 2016 -- The federal government is currently undertaking a project to transform the Department of Human Services' 30-year-old payment system that is currently responsible for processing over Centrelink payments annually.

According to Minister for Human Services Alan Tudge, the project, known as the Welfare Payment Infrastructure Transformation (WPIT) program, is the biggest digital transformation the government has embarked on to date.

The project, expected to cost the Australian government at least AU$1 billion, is estimated to take seven years in total to complete.

"Over the next five years, we're going to be progressively building a new system for each one of the major payments to make it simpler, faster, and cheaper to administer," Tudge said.

"We're going from a world today where the system is stifled with unnecessary inefficiency and complexity to a world where there will be progressive transformational change."

Speaking at the GovInnovate Summit in Canberra on Monday, Tudge explained how WPIT will change the process of a student applying for assistance from the government to highlight the benefits of the costly project.

"Instead of being able to check online where it is up to, each student had to ring the call centre to talk to an operator and find out. In the meantime, students would continue to call the call centres by their hundreds and thousands -- each time costing several dollars in the process."

In the "new world", Tudge said, applicants will experience almost straight-through processing and the savings to the taxpayer will also be apparent.

"For most people they will know instantaneously whether or not they are eligible, or they'll certainly know within a very short amount of time."

Moreover, Tudge said that if a student ends up earning more money or their course load changes, their payments will be adjusted automatically.

"This is the future that is being built right now," he said. "A very expensive project which I think will transform the way that we deliver services to the great number of people who are using these services to access welfare payments."

He said the WPIT project will take several years to implement, but reiterated it is a huge transformation that will radically change the way that citizens interact with government.

"It will also mean that government will be more agile and adaptive in meeting the needs of Australians," he said. "No longer will it take months of time and millions of dollars to implement or adjust payments at times of emergency or critical need."