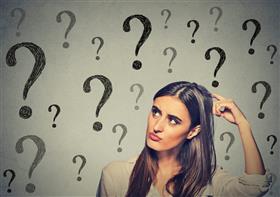 Sanford, FL, USA, Aug 20, 2019 -- A Toronto-based company claimed last week that a call center in Sanford went bankrupt and abruptly shut down, so it "immediately jumped in and took over operations" and plans to rehire more than 500 "stranded" employees.

But Total Marketing Concepts, which has being doing business in Seminole County for 15 years, says it never closed or filed for bankruptcy or laid anyone off.

The call center at Upsala Road and St. Johns Parkway was up and running Monday, the parking lot was full and employees were reporting for their shifts. Court records suggest the company may be having money troubles, though, and a receiver has recently taken control of operations.

In a Friday press release sent to the Orlando Sentinel, some of TMC’s clients and employees, Global Empire Corporation boasted it "step[ped] in to save" effected employees who showed up to work to find the doors "locked and a notice on the door."

"They are not taking over anything. They have no right to say that to any of our customers," Luna said. "It is business as usual. All of the employees and all of the contracts are fully operational. Nothing has changed."

Several calls and emails to GEC were not returned.

The Canadian company could face litigation for defamation, misrepresentation and interruption of business, he said.

"We don’t plan to take this sitting down," Luna said.

Total Marketing could be in a somewhat precarious financial situation. It faces multiple lawsuits from contractors who claim the call center has defaulted on a collective $750,000 in payments, according to Seminole County court records.

Last week, the day before the press release was issued, a Delaware-based company invested in Total Marketing and took control of the call center, records show, and the court approved the appointment of a receiver to turn around the business.

The U.S. Department of Labor said it has "a history with this employer" not properly paying employees, although there have been no official investigations into the company. A spokesman for the department said there have been multiple instances, although he couldn’t say how many, in which TMC didn’t pay its workers.

McKenna said many changes have been made including bringing in new leadership, and Big Elk Funding, which now controls the business, intends to make good on TMC’s debts.

McKenna and Total Marketing President Andrew Dorko said GEC had previously expressed interest in buying the call center — which during its busy season employs around 800 people to conduct political surveys, handle customer service calls and sell products — but TMC wasn’t interested. There are currently about 250 people working there.

GEC President Moe Nashman stated in the release that he had been in negotiations with Total Marketing but then couldn’t contact the owners.

"I don’t know what happened," the release quoted him as saying, "but I presume that TMC just couldn’t financially afford to continue operations."

Nashman celebrated establishing the Sanford call center as GEC’s first in the United States, joining its others in the Philippines, the Dominican Republic, South Africa, Lebanon and Canada, and bringing its workforce to 3,000. He claimed that hundreds of clients from Total Marketing had already agreed to move their business to GEC.

Sanford "is one of the best places to live and work in Florida, if not the entire U.S.A.," he ended the release. "Together we will make Sanford great again!!!"