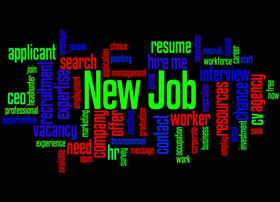 Danville, VA, USA, Aug, 2019 -- There's a change of plans for a Danville business that announced it would bring 500 jobs to the city last year.

PRA Group, the Norfolk-based debt-collection company is now expecting to bring 300 jobs to the area for its call center.

The city says the change comes after the company decided to invest in a different type of technology for better communication, which requires fewer positions to man a call center.

PRA still plans to purchase the Telvista building by the end of the month.

Danville City Manager Ken Larking said he understands the change and doesn't see this as a loss for Danville.

The company issued a statement saying they are working to finalize the agreement.

"We are working with local and state entities to finalize the performance agreements and to close on the purchase of the building. Once those items are finalized, we will begin the renovations to the building necessary to accommodate our operational needs."

As a global leader in acquiring and collecting nonperforming loans, PRA Group returns capital to banks and other creditors to help expand financial services for consumers in the Americas and Europe. With nearly 5,100 employees worldwide, PRA Group companies collaborate with customers to help them resolve their debt.