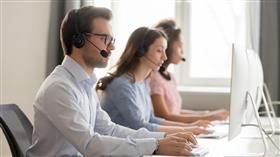 Panchkula, India, Jan 2, 2020 -- The municipal commissioner was surprised to find the toll-free number for reporting public grievances non-operational on Wednesday when she asked officers during a meeting to call up to check the response.

Confronted, MC commissioner Sumedha Kataria said she had told the officials concerned to have the line functional quickly. She also decided to launch a mobile-phone application for the lodging and tracking of public complaints. She said: "I asked the officers to design the app for reporting 10 most common issues of residents. The application will let people track the status of the complaint without having to visit the corporation's office time and again."

The app will help residents report stray dogs, stray cattle, illegal construction in the neighbourhood, encroachment, insanitation, ill-maintained parks, parking woes, and wrong deduction of house tax. During Wednesday's meeting on grievance and digital interventions, the MC officials to the commissioner about the complaints received on the civic body's website. Kataria told the officials to replace the outdated system with people-preferred WhatsApp or mobile-phone apps, on which they can also post and location along with the complaint.

She told the officials to start a complaint service on WhatsApp where people can post pictures. She asked them to also run a toll-free helpline from 9am to 9pm every day to take complaints and forward those to the administrative wing concerned.